Reports and stats released this week via Personneltoday.com and Indeed continue to show the effects COVID has had on the economy and the unique cases presented to employment tribunals. For our blog topic this month, we delve into recent tribunal topics and their outcomes and highlight the interesting and rarely available stats on recruitment/unemployment that may surprise you!

If you would like any further information on any of the topics discussed in this update please call Andy or Eve.

The Employment Tribunal and Economic update claims up 13% during pandemic

A recent report*has found that there were 23,904 employment tribunals for unfair dismissal during 2020/21, presumably as a result of COVID-related redundancies.

The biggest increases in employment tribunals were for Part Time Workers’ Regulations which shot up by 767% during the year as companies struggled to adjust to lockdowns and flexible working. Even more surprisingly, tribunals over age discrimination were up 530%, perhaps because older workers felt bosses were leaning on them to take early retirement.

Issue: No blanket right to refuse to attend work during pandemic

Mr Rodgers’ employment was ended after texting his line manager to say that he would not be attending work during the first lockdown because he was concerned about infecting his young children. He refused to attend work despite: working in a large warehouse that was “the size of half a football pitch”, with typically only five people working in this large workspace; and his employer sending out a staff communication confirming that it was putting in place safe-working measures, including social distancing and enhanced cleaning

In rejecting Mr Rodgers’ unfair dismissal claim, the employment tribunal drew a distinction between: an employee refusing to attend work because they have specific concerns about safety in their workplace that they have communicated to their employer; and what the tribunal characterised as “general concerns about serious and imminent danger all around” during the pandemic.   The tribunal accepted that the former could potentially lead to an unfair health and safety dismissal, but that the latter could not. In other words, the pandemic and fears around it did not give employees the automatic right to stay away from work when their employer required their physical attendance.

Mr Gibson, a chef, was put on furlough when the restaurant in which he worked had to close during the first lockdown. In the run-up to the end of that lockdown, the employer asked him to do some work to help with reopening. Mr Gibson voiced his concerns about the lack of safe-working measures, in particular the lack of PPE. He was worried that his father, who was shielding, might catch coronavirus from him.   The restaurant subsequently sent a text to Mr Gibson in which it dismissed him with immediate effect.   Mr Gibson brought a claim in the employment tribunal that his dismissal was unfair for taking steps to protect himself and his father.

The employment tribunal was satisfied that Mr Gibson was unfairly dismissed. According to the tribunal, Mr Gibson had been a “successful and valued member of staff” before raising his concerns and he was dismissed because, in circumstances of danger that he reasonably believed to be serious and imminent, he took steps to protect himself and his father. In upholding Mr Gibson’s claim for unfair dismissal, the employment tribunal ordered his employer to pay him £23,625.

Ms Prosser was on a zero hours contract. Shortly before the first lockdown, she informed her employer that she was pregnant.   After the government produced public health advice, she was not given any shifts. She eventually returned to the workplace after five months, following a risk assessment.   Ms Prosser claimed in the employment tribunal that the loss of pay during her exclusion and the failure to allow her to return to work were direct pregnancy discrimination.

The employment tribunal rejected Ms Prosser’s pregnancy discrimination claim, concluding that being sent home due to being classed as vulnerable was not unfavourable treatment.   The tribunal took into account that: the employer was following the government’s public health advice and regulations in place at the time; and she was appropriately consulted about the reasons for her exclusion.   The tribunal also noted that Ms Prosser was “paid generously beyond the requirements of her zero hours contract”, so she was compensated financially.

Issue: Dismissal for failure to follow safety protocols can be fair

Mr Kubilius was a delivery driver. The majority of his work involved deliveries to and from Tate & Lyle, one of his employer’s major clients.   Tate & Lyle had a strict rule that everyone had to wear a mask when attending their sites. However, Mr Kubilius was banned from its site when he repeatedly refused to wear a mask while sitting inside his cab (although he did wear one while outside his cab).   After an investigation and disciplinary process, Mr Kubilius’ employer dismissed him for gross misconduct. Mr Kubilius brought an employment tribunal claim for unfair dismissal.

The employment tribunal found that Mr Kubilius’ dismissal was fair. The tribunal said that, although another employer might have issued a warning, the employer’s decision to dismiss fell within the range of reasonable responses. In rejecting Mr Kubilius’ unfair dismissal claim, the employment tribunal was influenced by: the importance that the employer placed on maintaining good relationships with its suppliers and customers; his insistence that he had done nothing wrong and the concern that he may behave in the same way again; the difficulty of him continuing in his role because Tate & Lyle had banned him; and his lack of remorse.

Issue: Dismissal for online workplace safety rant can be fair

Safe working policy on safe working when attending workplace   Mr Lynch, a pizza delivery driver, was concerned for his safety at the start of the pandemic. He emailed the company’s HR inbox and said that he would not be coming to work until it was safe to do so. He took up the option of unpaid self-isolation. However, Mr Lynch subsequently posted a message on Facebook that individuals who continued to work for Domino’s Pizza during lockdown were “a disgrace”. He also got into an online spat with a fellow employee, whom he threatened with physical violence.   Despite a later apology, Mr Lynch was dismissed for making the threats, which were a breach of the employer’s social media policy.   Mr Lynch claimed unfair dismissal on the basis that he was dismissed for having made protected disclosures.

In dismissing Mr Lynch’s unfair dismissal claim, the tribunal concluded that his actions amounted to gross misconduct justifying summary dismissal.   The tribunal went on to conclude that, even if Mr Lynch’s complaints could be regarded as protected disclosures, there was no indication that Mr Lynch was dismissed because of them. According to the tribunal, the main reason for Mr Lynch’s dismissal was that he had made a serious threat against a colleague, in breach of the employer’s social media policy. 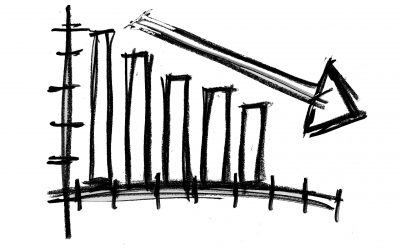 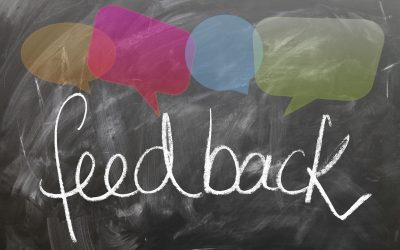 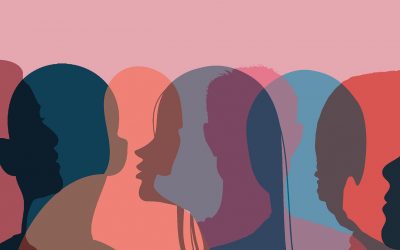 A recent case by Daniel Barnett has highlighted as a point of interest due to an employer making an employee redundant rather than furloughing.