Eighteen months and numerous lockdowns later, the Nation is finding its feet with the ‘new normal’. The work from home order has been lifted and the furlough scheme has an end in sight however we are now starting to see the first employment tribunal cases where the pandemic is a key feature of the dispute between employer and employee.

From our point of view (and an employer) these are interesting cases as they typically address issues that of not occurred previously.  These case studies highlight the complexity and affects Covid has had on business in general, but also as a guide to help other businesses who might experience a similar situation.

The case continued: “The employee was a care assistant. She had just over two years’ employment at the time of her dismissal. She was employed to provide live-in care for an elderly woman who, in February 2020, moved into a care home. Accordingly the employee’s role was on the face of it redundant.

In May 2020 she asked to be furloughed, but this was refused because the employer said there was no work for her. She was duly dismissed for redundancy in July 2020.

The judge held the dismissal was unfair. He said: “I am of the view that in July 2020 a reasonable employer would have given consideration to whether the claimant should be furloughed to avoid being dismissed on the grounds of redundancy.

He held that although the employer had no work for the employee at the time of the dismissal, it had no way of knowing if that was going to change, and didn’t consider whether the employee should be furloughed for a time to see if any other work became available.

It should be pointed out that nobody could actually be furloughed for the first time, under the extension to the furlough scheme announced on 29 May 2020, if they hadn’t previously been furloughed.

So, in fact, it was legally impossible for this employer to furlough this employee as an alternative to dismissal in July 2020. But the judge probably factored in that she’d asked back in May, when it *was* possible to furlough her.

And of course the rules have since changed to allow people to be furloughed again for the first time, so the tribunal judge’s approach remains valid. Furlough currently continues until 30 September 2021, so employers should factor this into any redundancies.”

Employers need to carefully consider (and demonstrate that they have done so) any alternatives to redundancy. Generally, the tribunals consider that redundancy should be a ‘last resort’. If you are considering cutting costs by reducing your workforce you should seek advice before you start the process. Clearly ‘targeting’ certain roles increases the risk of a claim from a disgruntled employee.

During the first lockdown a list of clinically vulnerable individuals were identified and advised to shield, included in the list were women who were pregnant. In another recent case a woman who believed she was unfairly discriminated as she was sent home. “The employer sent her home as, based on government guidance, it considered pregnant women to be clinically vulnerable. Although she was on a zero hours contract, the employer paid her full pay while she was at home, so she wasn’t out of pocket.

She claimed that being sent home was sex discrimination. This is a real dilemma for tribunals. On the one hand, it makes no sense to find an employer liable for sex discrimination if it is following government guidance designed to protect pregnant women. On the other hand, how can sending a worker home and denying them access to the workplace not be ‘unfavourable treatment’, and how can doing so precisely on grounds of someone’s pregnancy not be direct discrimination?

The tribunal, caught between a rock and a hard place, dismissed the employee’s claim on the basis that sending her home was not ‘unfavourable treatment’, rather it was treatment which was appropriately informed through the government’s public health guidance. It was doubtless influenced by the ex gratia wages paid to the zero-hours worker; but what if the employer had not made the ex gratia wages payments?”

This case shows that even when trying to the right thing an employer can inadvertently break the law and as we all no ignorance of the law is no defence. Discrimination rules can be complicated and if you are taking steps which will have an impact on your employees it is sensible to reflect on whether the actions you are proposing are going to be ‘unfavourable’ to a particular individual or group of employees.

It is during the life of Covid we have encountered countless scenarios as HR Consultants that put simply, aren’t in the ‘how to guide’. Not everything is black and white and keeping a close eye on employment laws and advice has been crucial for us to act on a case-by-case basis. Businessynergy offer a tailored service to our clients regardless of recent events and therefore all HR queries are dealt with individually. To find out more about how we work, click here 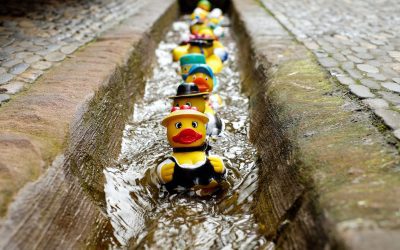 If the past year has taught us anything, it is to expect the unexpected. While we are embarking on a big step towards a ‘more normal’ life, it might come as a surprise that after a year of job loss and high numbers of unemployment, businesses are struggling to recruit staff. 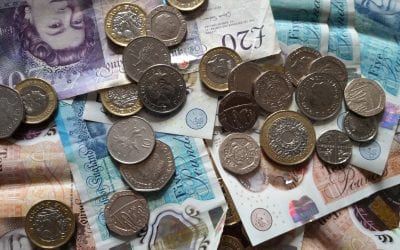 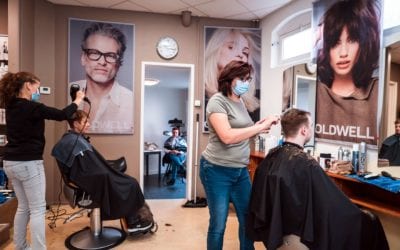 The Job Retention Scheme has helped many employers and employees alike through these difficult times. Here we explain it in detail.